CALOOCAN CITY, (PIA) -- The Quezon City Government has started distributing unclaimed financial aid from the second tranche of the Department of Social Welfare and Development's (DSWD) Social Amelioration Program under Republic Act 11469 or the Bayanihan To Heal As One Act. 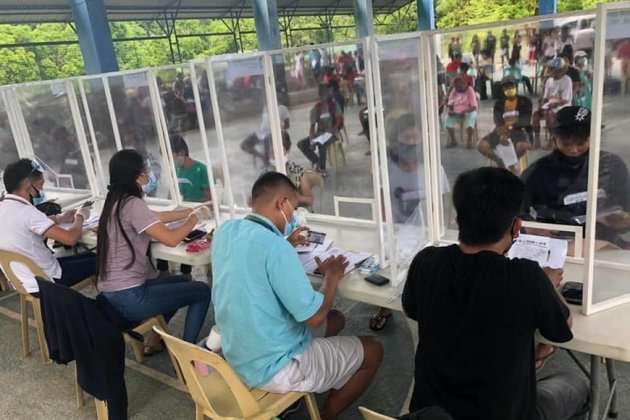 A total of 40,699 beneficiaries will receive their aid through the two-week manual payout at the Quezon Memorial Circle covered court. Beneficiaries are advised to follow the schedule assigned to their barangays to avoid overcrowding and ensure observance of minimum health protocols.

Last year, the SAP 2nd tranche was distributed by DSWD's financial service partners (FSP) such as Starpay and GCash. However, due to various challenges on these digital platforms, some residents were not able to claim their ayuda.

"Our citizens encountered various problems when they were trying to claim their 2nd tranche ayuda when this was being fully distributed via digital and automated means. Some of the beneficiaries did not have smartphones or internet access for them to have an e-wallet account," Mayor Joy Belmonte said.

"That's why the national government, through much prodding by the city government and barangays, finally started the manual distribution of the unclaimed cash aid yesterday," Mayor Belmonte added.

The complete list of the beneficiaries who have yet to claim their cash aid along with their payout schedule is posted in their respective barangays, and will be made available in the city government’s website.

According to Social Services Development Department (SSDD) Head Fe Macale, the Department of Interior and Local Government (DILG) has given LGUs until July 15 to finish the aid distribution.

Beneficiaries need to bring their valid ID, and a photocopy of the ID with three signatures and their Social Amelioration Card (SAC) form signed by authorized signatories.

The city government has also tapped the Quezon City Police District (QCPD), and Department of Public Order and Safety (DPOS) to ensure the orderly distribution of the cash assistance.

SAP is the national government's financial assistance for the families whose livelihoods were affected by the pandemic. (QC PAISD/PIA-NCR)