Provincial Police Director Colonel David Mariano and the Banaue MPS led by acting Chief of Police Major Michael Dangilan formally turned over on June 30 the newly constructed house to Benita Mannod and her daughter in  Sitio Nabnong in  barangay Batad.

Mannod, a single parent,  who  lived in a makeshift shelter after their house was burned down. is the second beneficiary of the "Bahay ng Kapwa Ko, Sagot Ko" project.

Lola Benita Mannong happily receives a symbolic key the house bulit for her by the Banaue police in Sitio Nabnong, Brgy Batad, Banaue, Ifugao. during the turnover termed as “Hogop” on June 30, 2021.

The new house was built from the cash and in-kind donations of   personnel of MPS police and other units as well as  other donors.

The daughter narrated the hardships of her mother living in a  makeshift shelter. With the new house, Lola Benita  can now cook and sleep comfortably knowing that she has protection from rain, typhoons, heat, wild animals and even thieves.

"We can't repay your efforts and sacrifices for building this house for us. We pray for the success of this project so that many will be benefited," Mannod  said.

Mariano and Dangilan lauded the police officers and stakeholders who supported the “Bahay ng Kapwa Ko, Sagot Ko” project and enjoined them to work for a peaceful community.

Said project stated in 2020 with the aim to provide a comfortable house to those who are in great need. Its first beneficiary was  the family of Moses Tabayag of sitio Chig-chig barangay  Bocos. (JDP/MBL- PIA CAR, Ifugao) 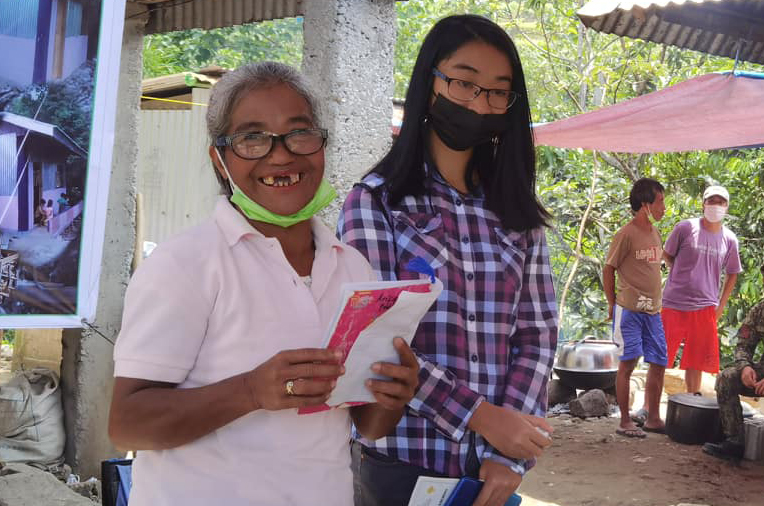