P2.7M worth of MJ destroyed, 3 suspects nabbed in Kalinga

CITY OF TABUK, Kalinga (PIA)--The intensified anti-drug operations by law enforcement operatives resulted in the destruction of P2.7 worth of marijuana and the arrest of three drug suspects with P64, 000 worth of shabu.

On Thursday (July 1), personnel from different police units in the province and the Philippine Drug Enforcement Agency- Kalinga conducted marijuana eradication operation that resulted to the destruction of 13,500 fully grown marijuana plants in two plantation sites in Tulgao East in Tinglayan.

The discovery and destruction of the marijuana plants valued at P2.7 million is  under “OPLAN 15 Muggles, ” a continuous effort to clear drug-affected areas in  Kalinga particularly Tinglayan.

Meanwhile, the simultaneous implementation of search warrants by the police personnel resulted to the arrest on June 29 of three drug suspects in Barangay Lacnog, Tabuk City.

Police reports indicate that two of the arrested suspects are listed in the Directorate for Intelligence as High Value Individual (HVI) while one was a newly identified drug personality.

Confiscated from the suspects combined were nine pieces of small heat sealed transparent plastic sachet and one small transparent plastic container containing white crystalline substance suspected to be shabu weighing about 9.4 grams with an estimated Standard Drug Price of P64,604.00.

Inventory of  the pieces of evidence were conducted onsite in the presence of the arrested suspects together with barangay, media and Department of Justice representatives.

On June 27, joint operating units from Kalinga and Isabela  also intercepted at Quezon, Isabela a vehicle transporting 10 bricks of dried marijuana leaves and stalks. Four identified suspects, all from Manila, were arrested and charged for drug trafficking. (JDP/PAB-PIA CAR, Kalinga) 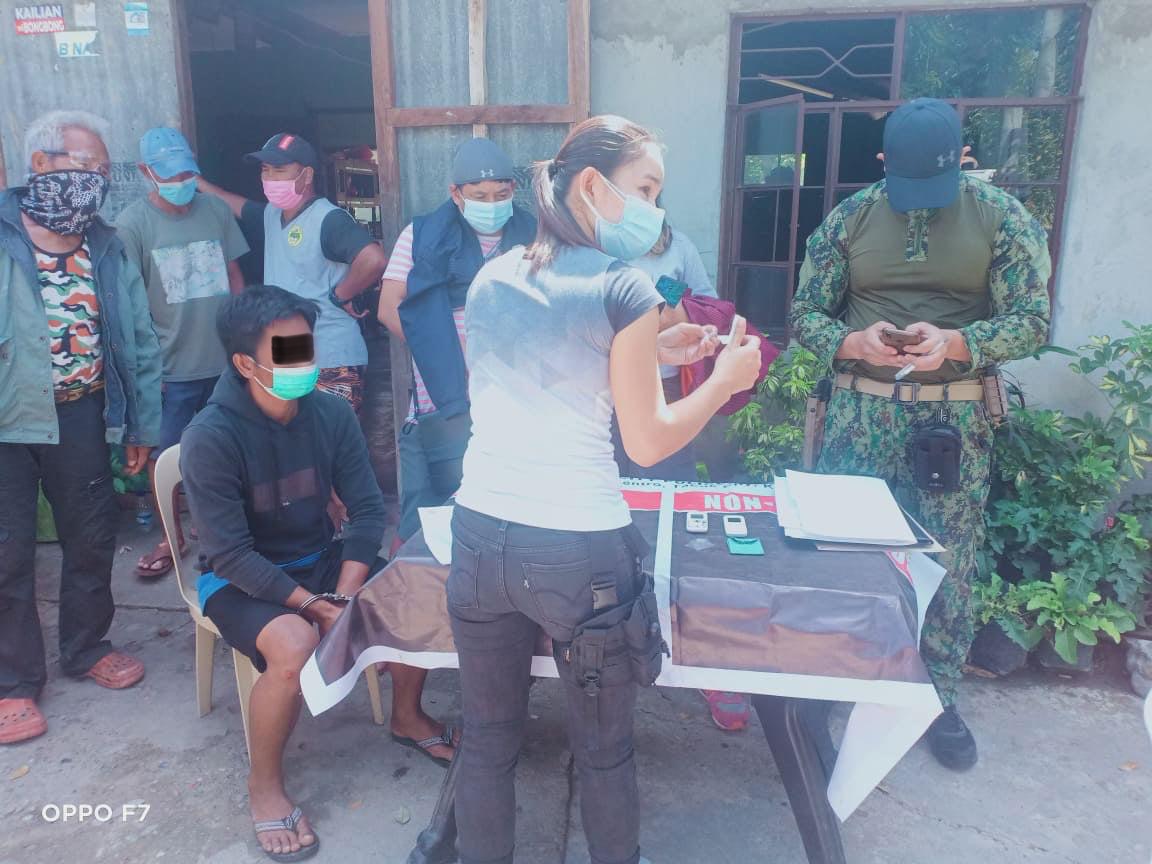 Updated as of July 1, 2021 2:49 pm By Peter Balocnit
More in this category: « Tourism activities still banned in Kalinga