LA TRINIDAD, Benguet(PIA) -- Kibungan Mayor Cesar Molitas lauded the operatives of the Philippine National Police(PNP)  and Philippine Drug Enforcement Agency(PDEA)  for arresting a drug personality in Kibungan who is involved in selling and distribution of   shabu.

During the Benguet Provincial Peace and Order Council meeting recently, the Benguet PPO and the PDEA Benguet reported that the illegal substance shabu   has reached the municipality of Kibungan and high-value target was recently arrested thru a joint buy-bust operation conducted by anti-illegal drugs operatives at Sitio Sablang in Sagpat, Kibungan on June 7

Police identified the suspect as Lito Danan Hipolito, 55, and a native of Guagua, Pampanga.He is an entrepreneur from Pampanga who has been selling motorcycle parts in the municipality.

In the course of arrest, operatives seized another plastic sachet of suspected shabu weighing 0.54 grams w/ an SDP of Php 3,672.00, the boodle money and cellphone used in the transaction.

The anti-drug operation was conducted by joint operatives of the Benguet PPO, Regional Intelligence Division of the Police Regional Office-Cordillera and PDEA-CAR.

PDEA Benguet Head Edwin Changrapen said that the arrest of the suspect shows that shabu which remains as the number one drug choice already reached far flung areas.

Molitas said the capture the drug personality in the municipality is a big help to the community and will help ensure that the proliferation of drugs will be stopped.

Both the PNP and PDEA will be working intensive operations to look into the drug situation in far flung areas in the province of Benguet. (JDP/RMC- PIA CAR) 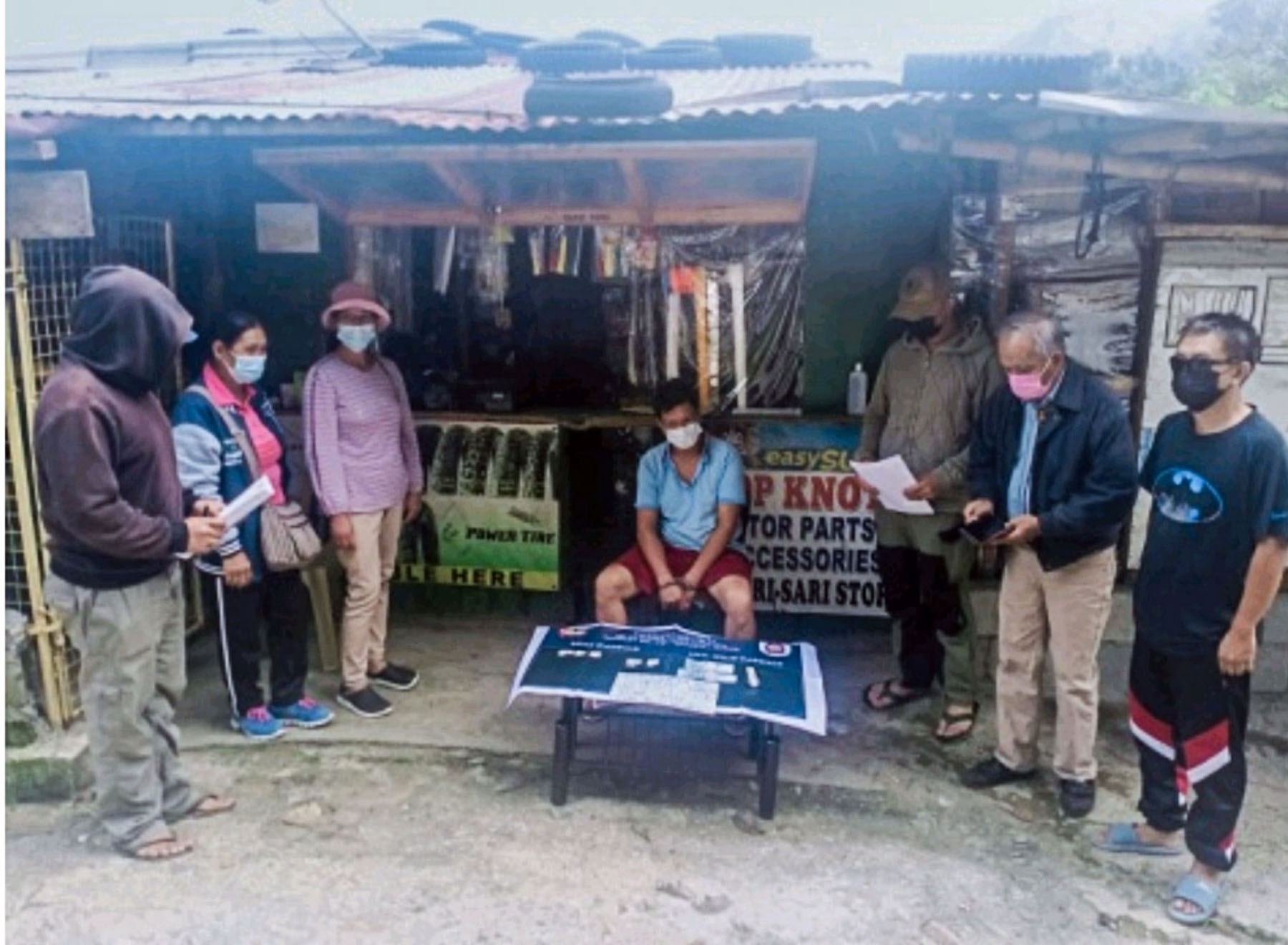