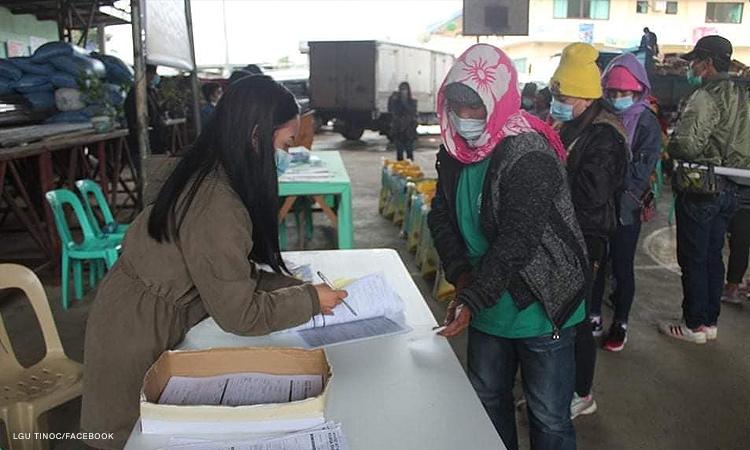 "The LGUs (local government units) are really planning to give the vaccines to the farthest areas first to ensure they are able to be vaccinated before they go into the capital towns and areas," Kilakil said.

Kilakil identified some of the challenge areas in Cordillera: Calanasan and Kabugao in Apayao; Kabayan, Bakun, Kibungan, and Buguias in Benguet; Balbalan, Pasil, Lubuagan in Kalinga; and Tinoc, Hungduan, Mayoyao, and Aguinaldo in Ifugao.

"They have several municipalities that are really very isolated and very dependent on the weather conditions for operations on how we give the essential services," Kilakil said. "These areas have several rivers that you need to cross before you go to their other barangays."

Cagayan Valley shares a similar problem, according to the DOH in the region. Dr. Rio Magpantay, director of DOH-Region 2, said some coastal areas can be reached through planes, but only if the weather permits. Other mountainous areas, like Nagtipunan, the farthest province in Quirino, can be reached through land travel if there are no rains that could trigger landslides.

"And if it's going to be this first quarter, I guess the weather condition is better so we can be able to reach these particular GIDA (Geographically Isolated and Disadvantaged Areas)," he said.

After some delays, the country is expecting the first batch of COVID-19 vaccines to arrive this month. These are the 600,000 doses of Sinovac's CoronoVac, which were donated by the Chinese government. It's unsure when exactly the Pfizer and AstraZeneca vaccines from the World Health Organization-led COVAX facility will be delivered. The rollout was initially set for mid-February, but it was only then that the government submitted the required indemnity agreement.

Officials earlier said the vaccines that can be kept at standard storage temperature of 2-8 degrees, including those from AstraZeneca and Sinovac, will be deployed to far-flung areas.